Youth Harmony San Diego, a collaboration of local barbershop chapters of BHS and SAI, held their first annual A Cappella Ensemble Showcase on April 11, 2015 (which was, by no coincidence, Barbershop Quartet Day). The concept involves having a cappella groups of various genres from secondary schools and colleges compete for cash prizes. Then there is an evening show featuring the winners of each tier and headliners of national renown to attract an audience. The event was held at a brand new Performing Arts Center belonging to Creative, Performing and Media Arts Middle School. We were supported by grants from the County Board of Supervisors, Sweet Adelines International and the Barbershop Harmony Society, as well as its Harmony Foundation and Far Western District.

This year, we only signed up three competitors, so we awarded them each first prize. They included a middle school chamber choir and two college a cappella groups. An audience favorite was selected by attendees, competitors and performers by placing their ticket into a competitor’s box in the lobby. The middle school won audience favorite and appeared on the show, along with The Newfangled Four, 2013 International Collegiate Barbershop Quartet and Far Western Didtrict Quartet champs, and SoCal Vocals, International Championship of Collegiate A Cappella (ICCA) champs in 2008, 2010, and 2012, who went on to win the ICCA on April 18, 2015.  Our youth chorus, Pacific Suns, also appeared, directed by Royce Ferguson, former director of Westminster Chorus. They were augmented by North of the Border, a new highly-competitive quartet, who also performed impressively.

The response from attendees has been uproarious. The talent exhibited was phenomenal, as was the variety of music, from barbershop favorites to neo-classical Eric Whitaker to gospel to Justin Timberlake, Shaggy and Beyonce, including a contemporary a cappella piece arranged by BHS member, Ross Hansen, covering Rihanna and Ariana Grande songs. The event was an artistic tour de force. Plans are in progress to continue the series next year.

Here is a list of songs performed by the competitors: 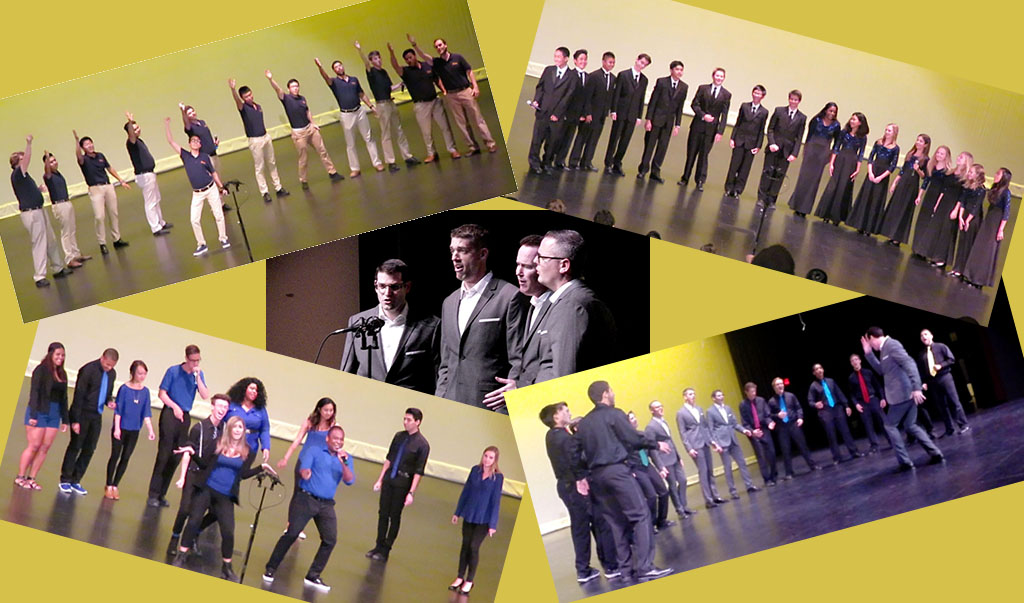